Even if you’ve never felt grip tape gnaw through the last layers of rubber around the toe of your Etnies, connecting with Dan Boulton’s images of a powerful period in fashion and camaraderie for skateboarding is easy.

Baggy jeans, bead necklaces and cargo shorts? This is the uniform that punctuated a brief era in fashion that borrowed heavily from its 80s and 90s predecessors, but also gave us a radical glimpse of where we were heading. 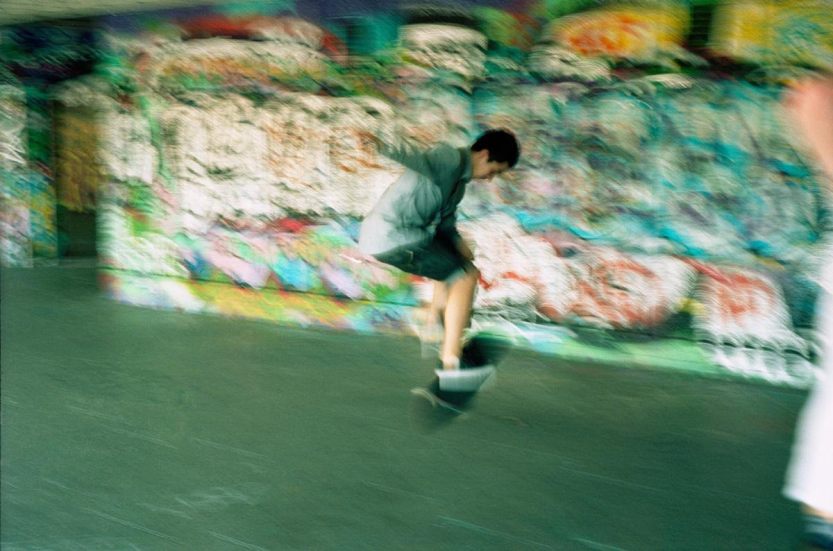 As kids growing up in the early 2000’s we felt the overbearing influence of two eras; one begging to be born, another pleading us to not let it fade away.

For those of us who skated though, everything moved too fast to properly take note of what was happening. But Dan Boulton kept an eye on the scene for us.

Boulton’s images of the infamous Southbank skatepark and the culture it absorbed across the space of 10 years produces similar results to Linklater’s Boyhood. No Turning Back contains images from 2005 – 2015, capturing the last days of a scene and culture that we once thought to be immortal. 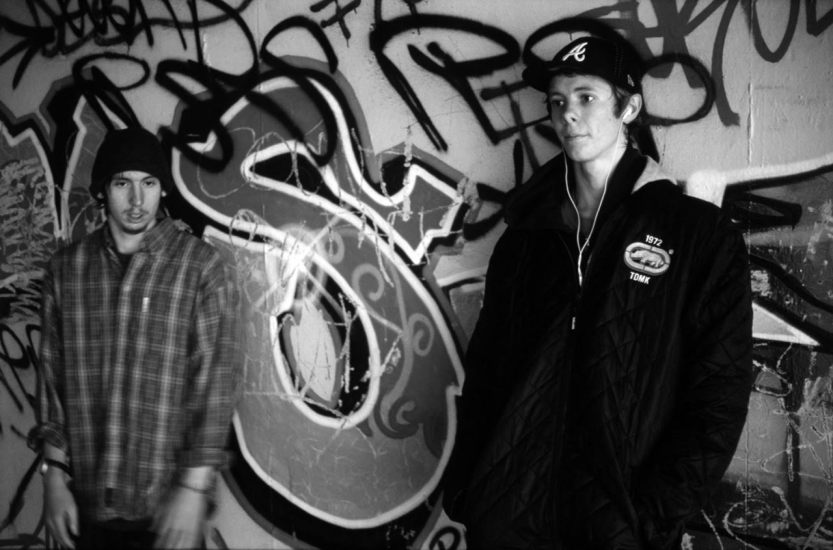 What characterised the early 2000’s in British skateboarding?
Leo Fitzpatrick who did the essay at the back of the book, he talks about this as well; back then it was more sort of ‘outsider’. Yes, it got into trendy magazines and whatever but it was still quite pure. Especially the stuff at Southbank it goes back to punk; yes the kids are wearing american shoes but they have something quite British about them.

Nowadays its almost like a look book, they all have very similar dress. You go to New York and they are all dressed in Supreme whereas back then (early 00’s) in the UK you still had people turn up in donkey jackets or looking like punks but on skateboards. There was more energy there, everything was a bit more creative I guess. Everything does move forward and each generation approaches it differently, but you can guarantee if you go down to a skatepark now you are going to see kids in the same sort of baseball caps or Dickies or the same Supreme t-shirts. 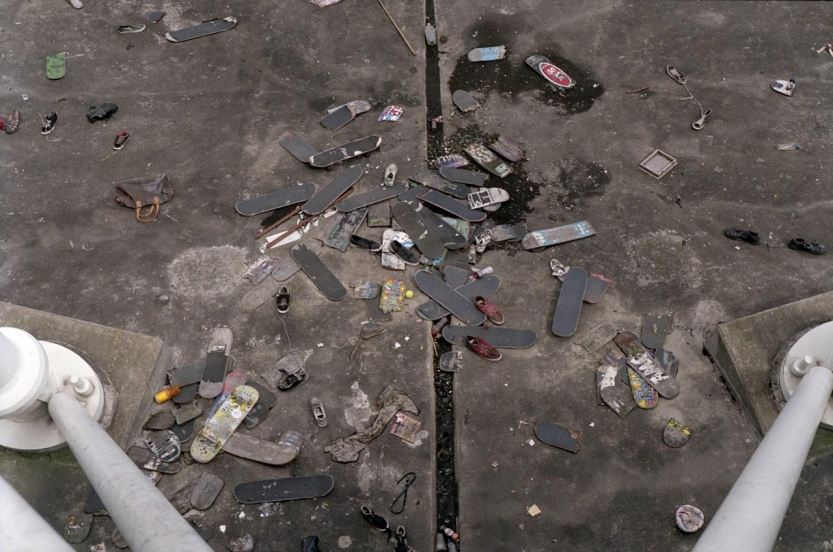 Did you still see as many groups or crews of skaters at Southbank in the later years?
Back then (early 00’s) people were a lot more tight knit down there, it has become almost gentrified now, and it is amazing that has happened over a 10 year period. Early on, if you brought a backpack down chances are someone would try and nick it, they had to look after each other when they were skating because it was a bit more rough and ready. Because it was so contained it was easy for someone to try and come in and mug someone else, so I think people did kind of band together.

Whereas now, I went down about a week ago, it feels a lot more transient. 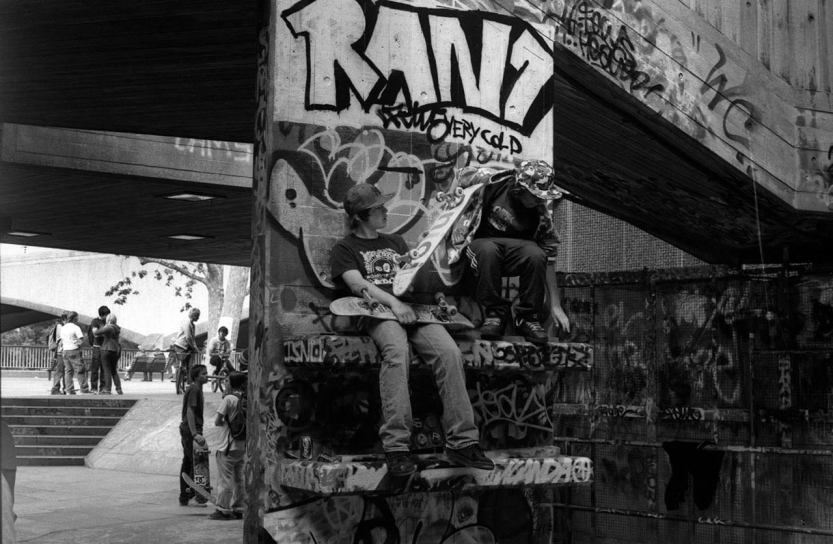 What originally made you want to capture 10 years of skating at Southbank?
I started around the same year my son was born and it was interesting to see the skaters down there, it took me back to when I was a kid and skating. I was attracted to just seeing whether that culture was still alive and kicking basically, and to observe the dynamics of the groups down there as well, there just seemed to be a kind of energy that kept calling me back to take more photos.

How did you approach the skaters and photograph them?
When I was photographing I deliberately didn’t skate . My background is fine arts, I made a conscious decision that I just wanted to document it. There is lots of skate photography where it is just you and your mates and I love that  because it is really raw, but my influences are Jim Goldberg and artists like that, so I wanted a kind of distance for this project. 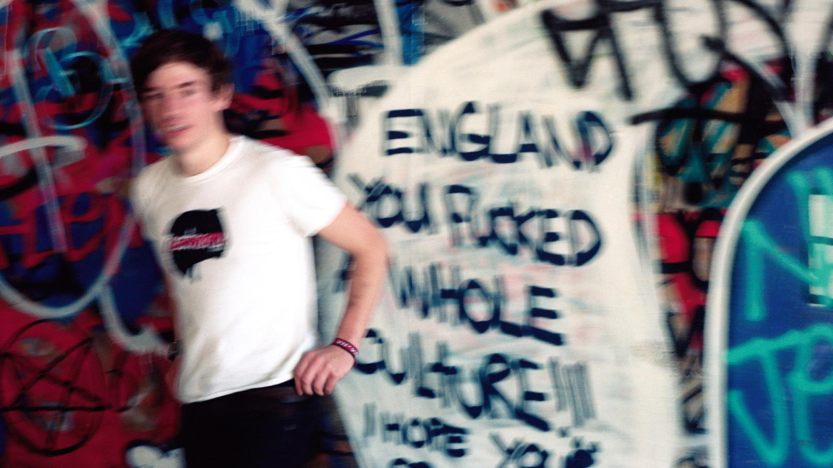 How did the demographic change over those years?
I saw a change. There wasn’t the same kinds of groups of kids there anymore, they sort of just moved on with the more press and attention Southbank got. It is so busy down there I almost see it as a kind of tourist spot now, lots of non-skaters go down to look at the skaters and others not involved with skateboarding just to take photos.

I begun to feel that vibe towards the end, there were a lot of skaters that kind of assumed I was just one of the tourists and thankfully there were a few skaters that would tell them ‘no its alright he’s been doing this for years. 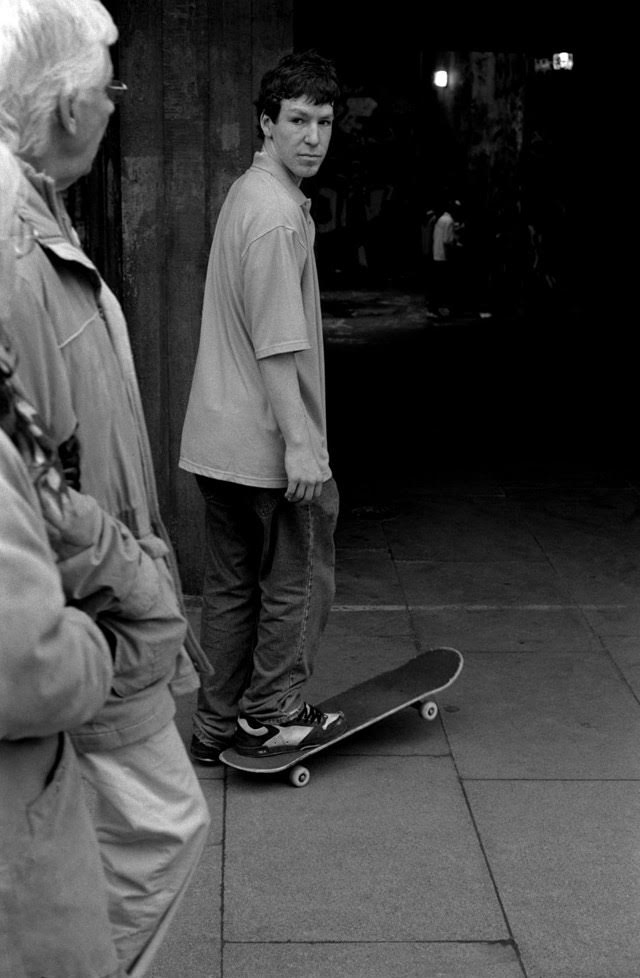 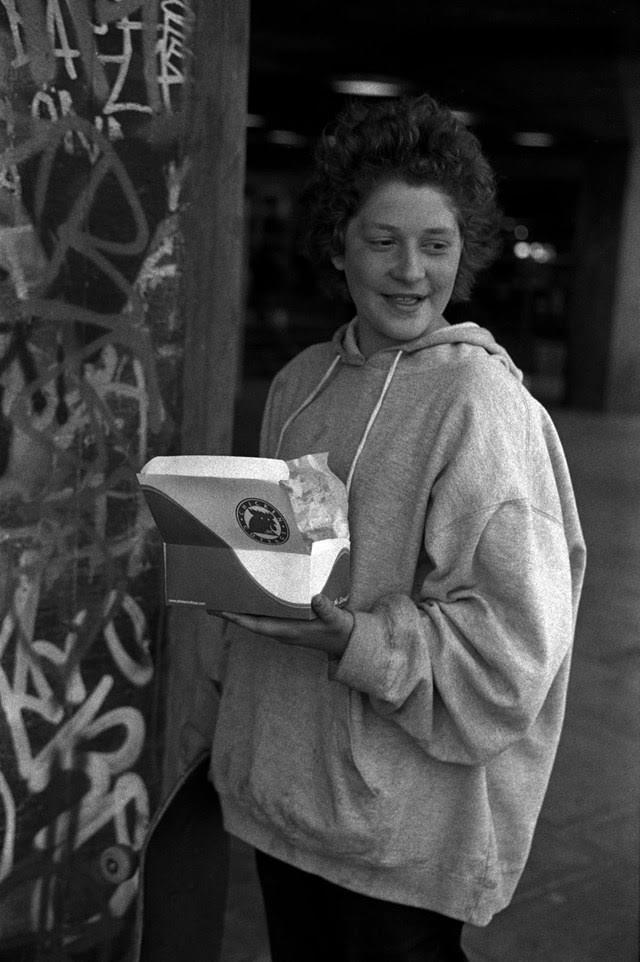 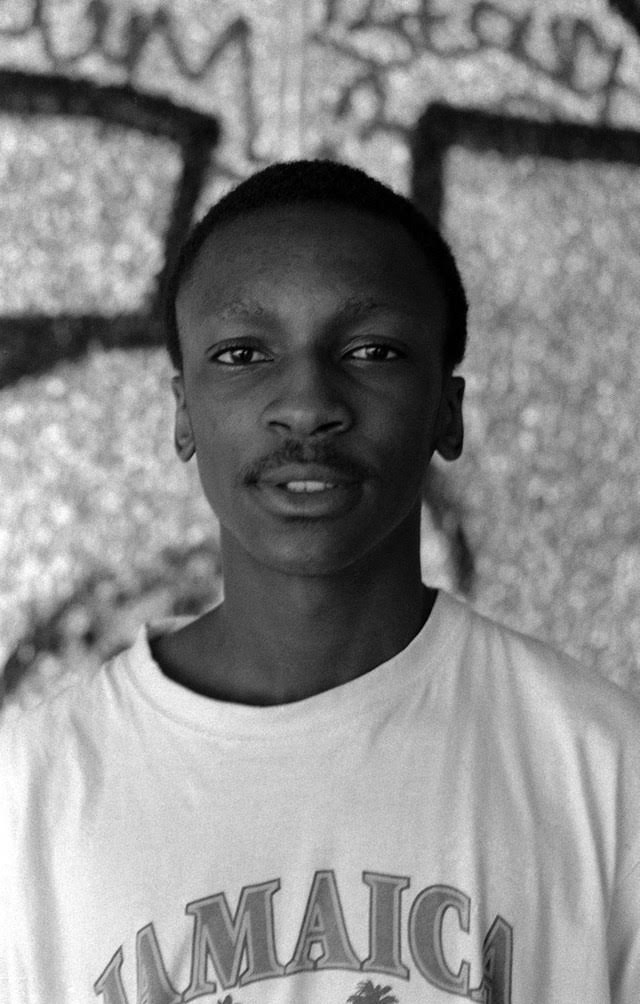 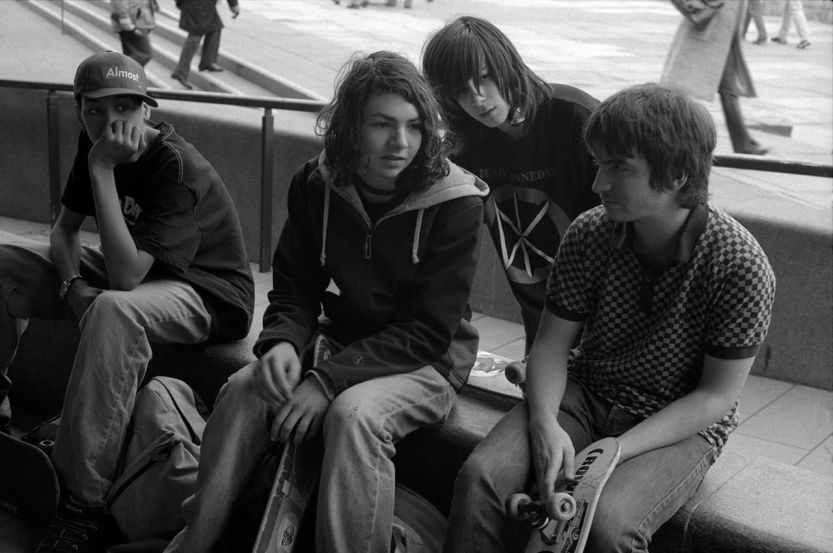 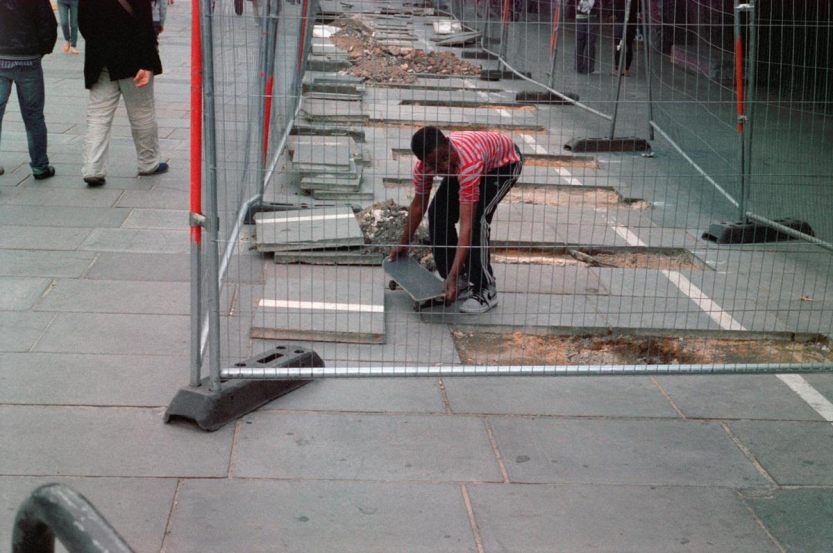 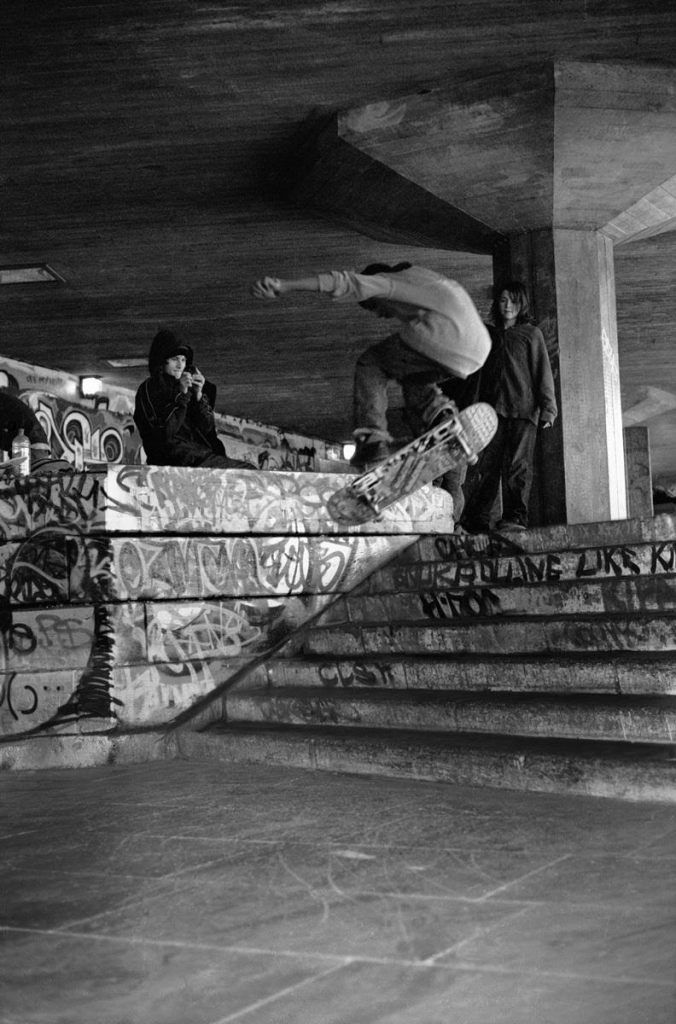 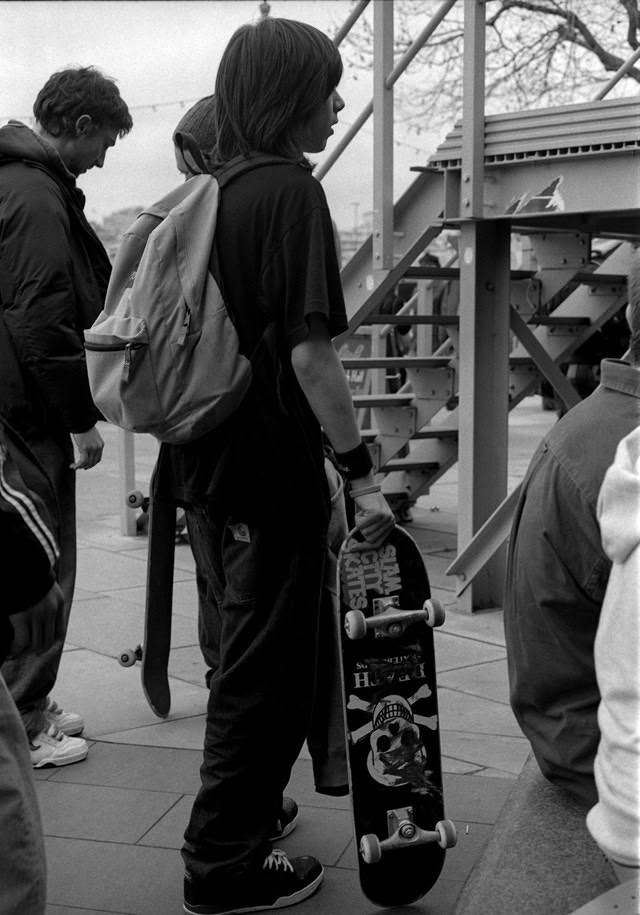 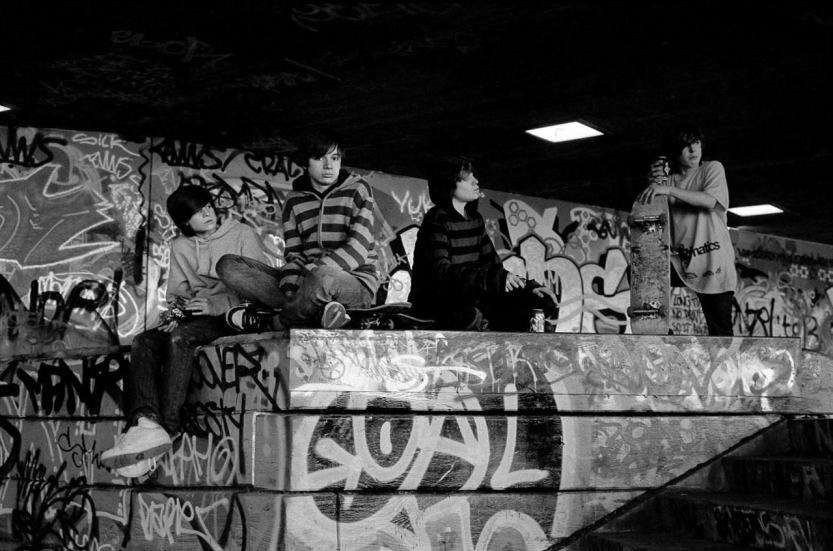